Book Review: "Where the Crawdads Sing" by Delia Owens 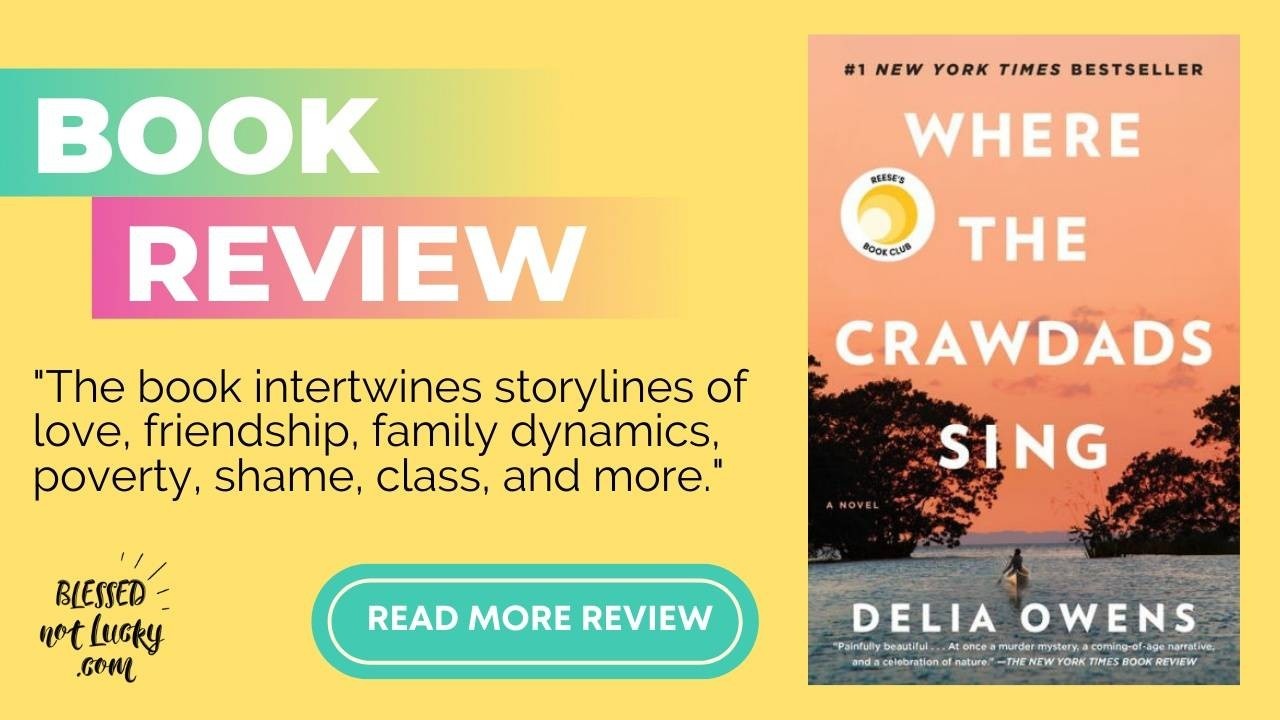 As far as book settings go, I love beachy novels the most. So while I'd heard of this book, it didn't initially catch my eye because it's set in the Southern marshlands. Was I glad I gave the marshes a chance? Read on.

This post may contain affiliate links meaning I may receive a commission, at no extra cost to you, if you make a purchase after clicking a link. Images in this post courtesy of Amazon.

Where the Crawdads Sing by Delia Owens is described here by Amazon:

For years, rumors of the "Marsh Girl" have haunted Barkley Cove, a quiet town on the North Carolina coast. So in late 1969, when handsome Chase Andrews is found dead, the locals immediately suspect Kya Clark, the so-called Marsh Girl. But Kya is not what they say. Sensitive and intelligent, she has survived for years alone in the marsh that she calls home, finding friends in the gulls and lessons in the sand. Then the time comes when she yearns to be touched and loved. When two young men from town become intrigued by her wild beauty, Kya opens herself to a new life--until the unthinkable happens.

By the time I decided to give "Where the Crawdads Sing" a try solely based on its popularity, I was like 192nd on the e-library holds list 😂. Luckily they had 52 copies so it ONLY took about 3 months to get my turn.

The Amazon description brags that, in addition to being a #1 New York Times Bestseller, it's also a Reese Witherspoon x Hello Sunshine Book Club Pick. But aren't they all these days? I'm not sure how Reese has time to act; she's reading and picking out so many books for her cluuuuub. 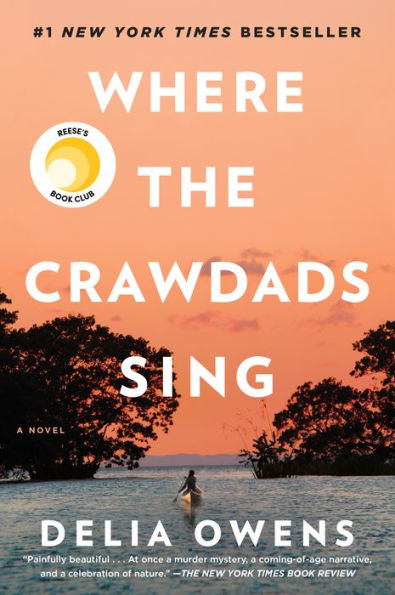 At first, I was kind of overwhelmed by alllllll the description in this book - not so much of the characters but of the marsh (which I suppose you could say was a character itself). Just so. many, descriptions of water, sand, trees, birds, insects, and other animals. I almost put the book down; it was way overkill.

But I forced myself to keep reading. Because Reece. And I'm glad I did. Finally, the story got going and sucked me in. This is one of those books that I looked forward to bedtime each night for, so I could find out what happened next.

The book intertwines storylines of love, friendship, family dynamics, poverty, shame, class, and more. Kya's lifestyle is so opposite of mine that it was intriguing to learn about. There were many times I wondered why she didn't just get out - but by the end, I understood why she didn't.

I won't give away the ending but I'll say that it was only somewhat predictable and was ultimately satisfying.

I recommend Where the Crawdads Sing by Delia Owens.

I give it 4 out of 5 stars ⭐️⭐️⭐️⭐️
The minus 1 is for the overly done descriptive scenes at the beginning that were off-putting.

Want to simplify your shopping and get (almost) anything in one place, with fast and free shipping?